However, on a recent fine Spring day, KYPCA arranged a drive to meet up with the Bluegrass Region (from Lexington, KY) and drive togte4her out to Red River gorge, Natural Bridge State Park with a stop at Miguel’s Pizza.

The Red River Gorge is a canyon system on the Red River in east-central Kentucky. Much of the Gorge is located inside the Daniel Boone National Forest.  This intricate canyon system features an abundance of high sandstone cliffs, rock shelters, waterfalls, and natural bridges with more than 100 natural sandstone arches. The number of sandstone cliff-lines have helped this area become one of the world’s top rock climbing destinations.

Kentucky’s Natural Bridge State Park is immediately adjacent to this area, featuring one of the largest natural bridges in the Red River Gorge. Because of its unusual and rugged nature, the Red River Gorge features a remarkable variety of ecological zones.

As the Red is two hours and over 130 miles away, we met earlier than usual.  The day started with an intense rain storm and lightning show which let up in time for our group of 10 cars to gather to head for Lexington to meet up with Bluegrass Region 12 cars.  The clouds gave way to clear skies which by noon, had become a beautiful, sunny day.

Due to the distance, we made our way mostly on freeway, stopping for the excellent pizza at Miguel’s; a destination breakfast/lunch/dinner/camping/shower spot for the many rock climbers attracted by the area’s many cliffs.

After lunch, we made our way the short mile hop to Natural Bridge where a number of us chose to ride the chair lift to visit the bridge. The ride up to the bridge was spectacular.

The sandstone arch that is called Natural Bridge has stood for millennia and is 78 feet long, 65 feet high, 12 feet thick and 20 feet wide. Some geologists believe that the stunning natural sandstone arch is at least a million years old. Natural Bridge is composed of what is known in geological terms as Pottsville conglomeratic sandstone. Large blocks of stone falling off either side of a narrow sandstone ridge caused the first opening that began the transformation of the sandstone outcropping into an archway. The weathering process, along with the root systems of plants, continued to develop the unique archway.

After visitng the bridge, our group made our way back “overland”, following the many scenic two lane roads crossing this end of the Appalachian Mountains back to Louisville through Irvine, Richmond, Lexington to home.

A long day, but much fun. 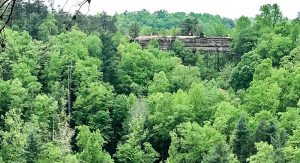 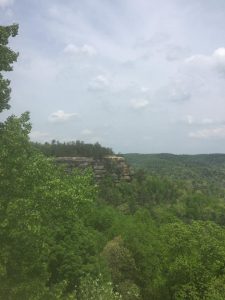 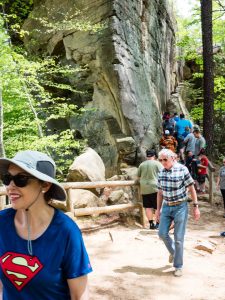 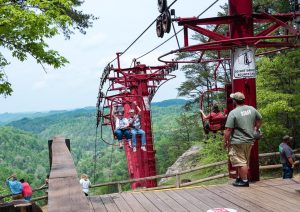 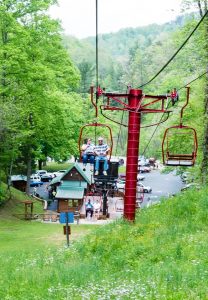 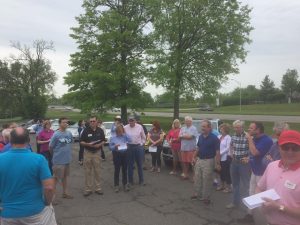 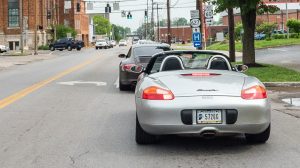 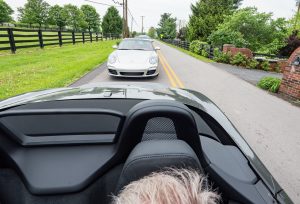 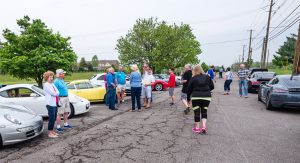 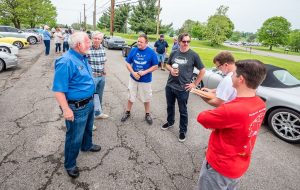 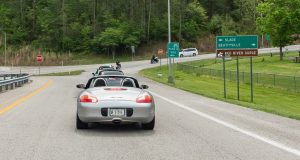 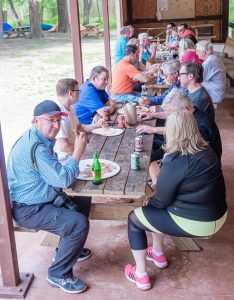 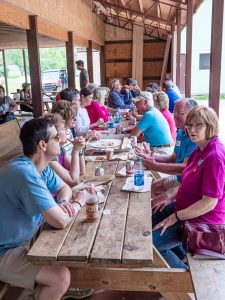 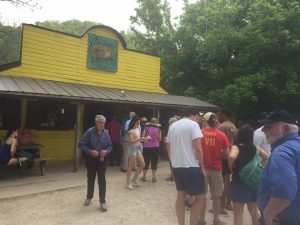 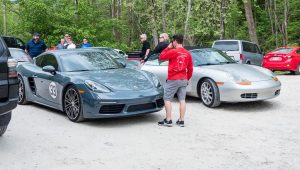